The Justice Department is using antitrust law to charge employers with colluding to hold down wages. The move adds to a barrage of civil challenges. 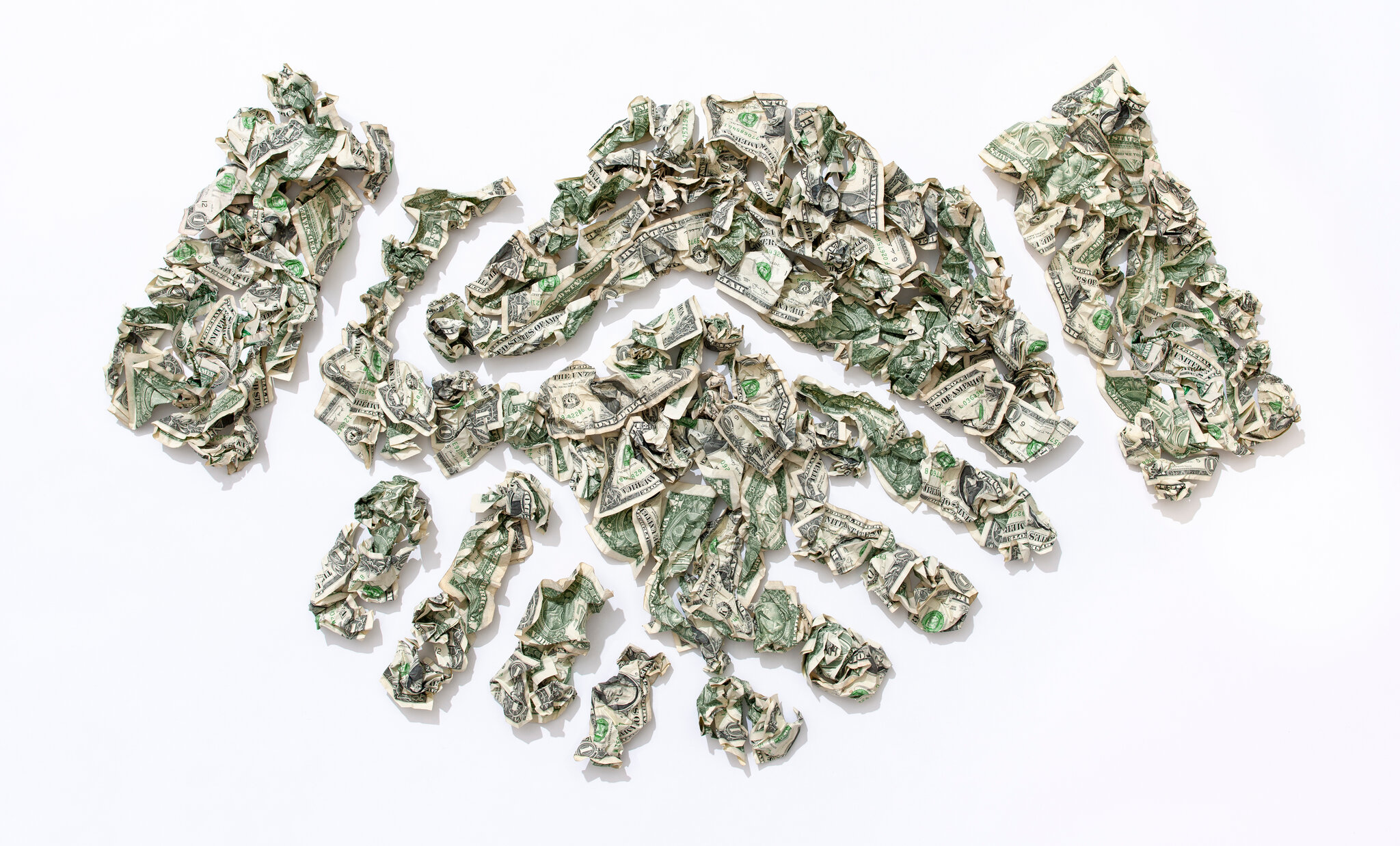 Antitrust suits have long been part of the federal government’s arsenal to keep corporations from colluding or combining in ways that raise prices and hurt the consumer. Now the government is deploying the same weapon in another cause: protecting workers’ pay.

In a first, the Justice Department has brought a series of criminal cases against employers for colluding to suppress wages. The push started in December 2020, under the Trump administration, with an indictment accusing a staffing agency in the Dallas-Fort Worth area of agreeing with rivals to suppress the pay of physical therapists. The department has now filed six criminal cases under the pillar of antitrust law, the Sherman Act, including prosecutions of employers of home health aides, nurses and aerospace engineers.

“Labor market collusion dots the entirety of the U.S. economy,” said Doha Mekki, principal deputy assistant attorney general in the department’s antitrust division. “We’ve seen it in sectors across the board.”

If the courts are swayed by the government’s arguments, they could drastically alter the relationship between workers and their employers across large swaths of the economy.

“The expansion of Sherman Act criminal violations changes the ballgame when it comes to how companies engage with their workers,” noted an analysis by lawyers at White & Case, including J. Mark Gidley, chair of the firm’s global antitrust and competition practice. “Executives and managers could face jail time for proven horizontal wage-fixing conspiracies.” In addition to fines for corporations or individuals, the Sherman Act provides for prison terms of up to 10 years.

The Biden administration is also deploying antitrust law in civil cases to shore up workers’ pay. And in another first, the Justice Department filed a lawsuit in November to stop Penguin Random House’s attempt to buy Simon & Schuster on the grounds that the resulting publishing Goliath would have the power to depress advances and royalty payments to authors.

The move to block the publishers’ merger “declines to even allege the historically key antitrust harm — increased prices,” the White & Case lawyers argued. It is “emblematic of the Biden administration’s and the new populist antitrust movement’s push to direct the purpose of antitrust away from consumer welfare price effects and towards other social harms.”

And yet the Justice Department’s push builds on a rationale for criminal antitrust enforcement articulated since the Obama administration. “Colluding to fix wages is no different than colluding to suppress the prices of auto parts or homes sold at auction,” said Renata Hesse, acting assistant attorney general for antitrust, in November 2016. “Naked wage-fixing or no-poach agreements eliminate competition in the same irredeemable way as per se unlawful price-fixing and customer-allocation agreements do.”

The Biden administration has picked up the argument with a vengeance. Last summer, President Biden issued an executive order mandating a “whole of government” effort to promote competition across the economy. Last month, the Treasury Department issued a report on just how anticompetitive labor markets have become.

Corporate America is alarmed. “In their minds, everything is an antitrust issue,” said Sean Heather, senior vice president for antitrust at the U.S. Chamber of Commerce. “There is a role for antitrust in labor markets,” he added. “But it is a limited one.”

The latest criminal indictment, brought in January against owners and managers of four home health care agencies in Portland, Maine, is emblematic of the new approach.

According to the indictment, the agencies agreed to keep the wage of health aides at $16 to $17 an hour. They encouraged other agencies to sign on, prosecutors said, and threatened an agency that raised its pay to between $17 and $18.50.

The agencies’ margin is essentially the difference between the wage and the reimbursement from the Maine Department of Health and Human Services. In April 2020, the department raised the rate to $26.20 an hour, from $20.52, explicitly to “fund pay raises for approximately 20,000 workers,” according to the indictment.

The agencies’ agreement, the indictment said, was “a per se unlawful, and thus unreasonable, restraint of interstate trade and commerce in violation of Section l of the Sherman Act.”

That blows directly against the position of the Chamber of Commerce. Last April, it filed a brief in a similar case, opposing the government’s argument against an outpatient medical care facility that agreed with a rival not to solicit each other’s employees. The Justice Department was overstepping, the brief argued, because the company couldn’t know the behavior was “per se” illegal — an outright breach of the law irrespective of its effects — since the government’s argument had not been tested in court.

American companies “are entitled to fair notice of what conduct is and is not prohibited by the federal antitrust laws,” it argued. “Because no court has previously held that nonsolicitation agreements are per se illegal, this prosecution falls far short of the fair notice that due process requires.”

A federal court in a separate case has since sided with the government’s interpretation. In November, Judge Amos L. Mazzant III of the United States District Court in the Eastern District of Texas denied a motion to dismiss a federal criminal indictment alleging wage-fixing at a staffing company providing physical therapists, agreeing that price fixing would be “per se” illegal and that the defendants had fair warning that their behavior was against the law.

But beyond the legal wrangling brought about by the Justice Department’s new approach, there are striking examples of efforts by employers to suppress wages.

“I suspect those things are all over the place,” said Ioana Marinescu, an economist at the University of Pennsylvania’s School of Social Policy and Practice, whether it is employers hoarding highly paid computer engineers or chicken plants paying $15 an hour. “The benefits of collusion may not be super large, but if the costs are quite low, why not do it if you can extract profit?”

Until recently, over half of all franchise agreements in the United States, at companies including McDonald’s, Jiffy Lube and H&R Block, included provisions barring franchisees from hiring one another’s workers, according to research by the economists Alan B. Krueger and Orley Ashenfelter. Economic analysis has found that suppressing competition for workers, reducing their options, generally means lower wages. After challenges from several state attorneys general, hundreds of companies abandoned the practice.

Another study found that 18 percent of workers are under contracts that forbid moving to a competitor. Most are highly skilled and well paid. Employers who invest in their training can plausibly argue that the noncompete clauses protect their investment and prevent workers from taking valuable information to a rival.

But such provisions cover 14 percent of less-educated workers and 13 percent of low-wage workers, who receive little or no training and hold no trade secrets. Several states have challenged the provisions in court. Some, including California, Oklahoma and North Dakota, have prohibited their enforcement.

Then there is the litigation. There are civil cases from the 1990s: one by the Justice Department against the Utah Society for Healthcare Human Resources Administration and several hospitals in the state that shared wage information about registered nurses and matched one another’s wages, keeping their pay low. Lawsuits filed by nurses in 2006 accusing hospital systems of conspiring to suppress their wages led to multimillion-dollar settlements in Albany and Detroit.

In 2007, the Justice Department sued the Arizona Hospital and Healthcare Association for fixing the rates that hospitals paid to nursing agencies for their temporary nurses, putting a cap on their wages. In settling the case, the association agreed to abandon the practice.

The pace picked up after a Justice Department lawsuit in 2010 taking aim at no-poaching agreements involving Adobe, Apple, Google, Intel, Intuit, Pixar and later Lucasfilm. The companies settled the case without admitting guilt or paying fines, but Adobe, Apple, Google and Intel paid $415 million to settle a subsequent class-action lawsuit.

Since then, lawsuits have been filed across the industrial landscape. Pixar, Disney and Lucasfilm paid $100 million to settle an antitrust challenge to their agreements not to hire one another’s animation engineers. In 2019, 15 “cultural exchange” sponsors designated by the State Department paid $65.5 million to settle a lawsuit claiming, among other things, that they colluded to depress the wages of tens of thousands of au pairs on J-1 visas. Since 2019 Duke University and the University of North Carolina have paid nearly $75 million to settle two antitrust cases over agreements not to recruit each other’s faculty members.

This month, Local 32BJ of the Service Employees International Union filed a complaint with the Federal Trade Commission arguing that Planned Companies, one of the largest building services contractors in the Northeast and Mid-Atlantic, illegally forbids its clients to hire its janitors, concierges or security guards either directly or through another firm — locking its workers in.

In perhaps the biggest case of all, in 2019 a class action was filed against the American chicken industry, growing to cover some 20 producers responsible for about 90 percent of the poultry market. The complaint accused them of exchanging detailed wage information to fix the wages of about a quarter-million employees, including hourly workers deboning chickens, refrigeration technicians and feed-mill supervisors on a salary.

Four of the chicken processors have settled, agreeing to pay tens of millions of dollars. In February, Webber, Meng, Sahl & Company, one of two firms that collected wage data for the poultry companies, settled as well, offering a fairly clear window into the industry’s attempts to suppress wages.

In a declaration to the court, part of the settlement agreement, the law firm’s president, Jonathan Meng, said the chicken companies had used the firm “as an unwitting tool to conceal their misconduct.” He offered details about how poultry executives would share detailed wage information. “They wanted to know how much and when their competitors were planning to increase salaries and salary ranges,” he said, because it would allow them “to limit and reduce their salary increases and salary range increases.”

Most of the defendants, however, are still contesting the case. They have argued that to prove collusion, the plaintiffs must show that wages across the industry moved in tandem, an argument the court has yet to rule on.

Another hurdle is convincing judges that chicken industry workers amount to a specific occupation. If workers deboning chickens could easily leave the poultry industry to work for a better wage at McDonald’s or 7-Eleven, they would have a tougher case to prove that anticompetitive practices by poultry processors caused them direct harm.

In pursuing such cases, the government is likely to be challenged by corporate groups every step of the way.

Mr. Heather at the Chamber of Commerce, for one, argues that “this narrative that lax antitrust is responsible for income inequality” is wrong. He notes a study sponsored by the chamber showing that corporate concentration is no higher than in 2002 and has been declining since 2007. “The heart of the premise is just flawed,” Mr. Heather said.

Moreover, Mr. Heather said, labor markets are already covered by labor laws. “The chamber has an objection to the blending of antitrust and workplace regulation,” he said.

Mr. Gidley of White & Case broadly agrees. “It is intriguing to us to see the last 40 years of antitrust law thrown out the window,” he said in an interview. “If antitrust is no longer about low prices but about a clean environment and wages and this, that and the other, it loses its compass.”