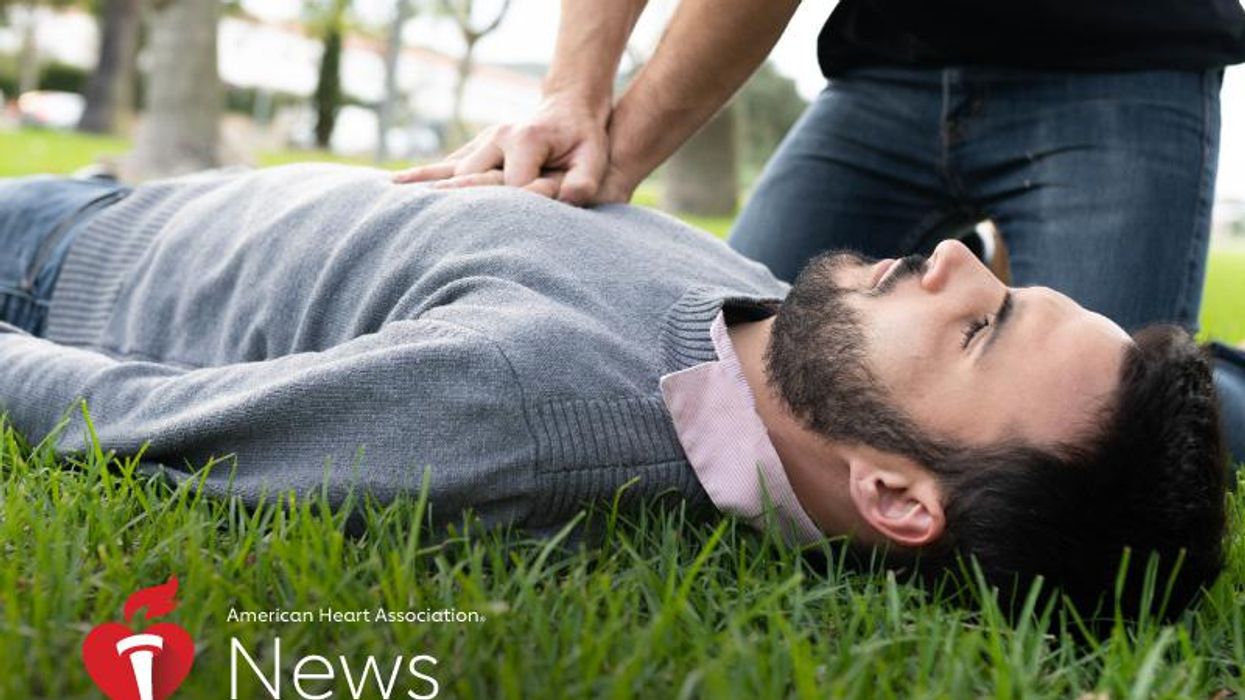 MONDAY, March 21, 2022 (American Heart Association News) -- When she arrived at her neighbor's house and found him unconscious and turning blue, Brianna Colquitt knew what to do.

While someone called 911, Colquitt, then a high school senior in Carrollton, Georgia, started CPR. She kept it up until emergency responders arrived. Her training, which she'd received in a high school health class the year before, had prepared her to act, she said. "Everything just clicked."

But it didn't prepare her for everything that followed. First came the news that her neighbor didn't make it. Then came the wondering: Had she done all she could? Even now, more than three years later, "the memories are very vivid, because it was a traumatic experience," Colquitt said.

The need to understand such experiences is part of what inspired a new report from the American Heart Association about lay responders and CPR.

"We've trained people for decades to do bystander CPR, but we've never actually gone back and paid attention to supporting them after we call them to action," said Katie Dainty, who led the writing committee for the scientific statement published Monday in the AHA journal Circulation.

Lay people who perform CPR are "amazing heroes," said Dainty, a research chair in patient-centered outcomes at Toronto's North York General Hospital. The new statement aims to serve those people better by summarizing the latest research on their experience, which could improve training, remove barriers to people taking action and, ultimately, save lives.

An estimated 347,322 adults in the U.S. have a cardiac arrest each year, AHA statistics show. CPR approximately doubles the odds of someone surviving a cardiac arrest, yet bystanders in North America initiate CPR only 39% to 44% of the time, according to the new report.

There are big challenges to improving that rate that go beyond more training, said Dainty, who also is an associate professor at the Institute of Health Policy, Management and Evaluation at the University of Toronto.

At a basic level, more people need to learn how to recognize a cardiac arrest – the person takes gasping breaths or has a bluish skin color, for example – and the need to respond immediately, she said. Then, people need to be taught that it's OK to act even if they are not sure exactly what to do.

"For a very long time, we made CPR something that you needed to be a card-carrying member of a club to do," she said. But while training is important, "even if you've never been trained, when you call 911, the dispatcher on the other end will help you. And a lot of people aren't aware of that."

Dainty thinks further research could help explain why some people act and some don't. Research also could inform more realistic training, which she said usually takes place "in an air-conditioned room, with a perfectly clean manikin lying flat on the floor. It's very idyllic. And no cardiac arrest ever happens that way."

Training, she said, also needs to address how people feel after they've performed CPR. For most people, the experience is "quite an incredible rush," but researchers haven't spent a lot of time thinking about the psychological impact afterward.

Responders often describe their experience as traumatic and stressful, the report says, but there are no systems in place to follow up with them.

Some people struggle with problems such as "not being able to sleep, continuously reviewing the events in your head, wondering if you did the right thing," Dainty said. Health care systems need to let responders know that such feelings are "totally normal, and that we have resources to help them with that."

Colquitt understands the jumble of feelings. Her experiences helped shape the report, which she helped write.

She feels her own CPR training was "the best it could be," even though she found it "a lot harder to do it on a person" than on a manikin.

After an ambulance took her neighbor away, Colquitt followed it to the hospital, where she learned her neighbor had died. She was reassured by paramedics, who told her, "You did everything correctly. We saw you doing CPR when we got there."

That helped, but she still rethought everything she had done. That day was "scary" and emotionally draining, she said, and formal support could have helped.

But she has no regrets. "Even though it was a sad time afterwards, it gave me peace knowing I did everything I could do." The experience even helped lead her to pursue a career in health care. She's now a junior studying nursing at Jacksonville State University in Alabama.

Colquitt's advice to anybody pondering whether they should learn CPR is: "Just go for it."

Dainty echoes that sentiment. Formal training is great, she said, but even watching a reliable YouTube video can help someone prepare to save a life. When someone's heart stops working outside the hospital, she said, a lay responder is their best chance at surviving.

"Without bystander CPR, they will stay dead," Dainty said. "But scientific statements like this one draw attention to the bigger picture and where we need to put our research efforts to ensure we aren't causing unintended harm to these heroes."