COVID Pandemic’s End May Bring Turbulence for US Health Care 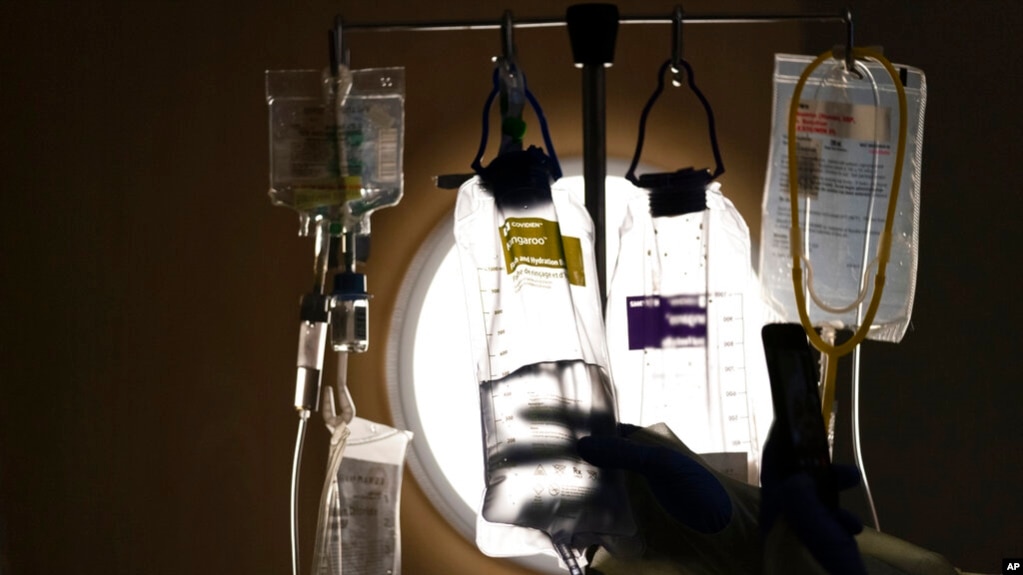 WASHINGTON — When the end of the COVID-19 pandemic comes, it could create major disruptions for a cumbersome U.S. health care system made more generous, flexible and up-to-date technologically through a raft of temporary emergency measures.

Winding down those policies could begin as early as the summer. That could force an estimated 15 million Medicaid recipients to find new sources of coverage, require congressional action to preserve broad telehealth access for Medicare enrollees, and scramble special COVID-19 rules and payment policies for hospitals, doctors and insurers. There are also questions about how emergency use approvals for COVID-19 treatments will be handled.

The array of issues is tied to the coronavirus public health emergency first declared more than two years ago and periodically renewed since then. It’s set to end April 16 and the expectation is that the Biden administration will extend it through mid-July.

Transitions don’t bode well for the complex U.S. health care system, with its mix of private and government insurance and its labyrinth of policies and procedures. Health care chaos, if it breaks out, could create midterm election headaches for Democrats and Republicans alike.

“The flexibilities granted through the public health emergency have helped people stay covered and get access to care, so moving forward the key question is how to build on what has been a success and not lose ground,” said Juliette Cubanski, a Medicare expert with the nonpartisan Kaiser Family Foundation, who has been researching potential consequences of winding down the pandemic emergency.

Medicaid, the state-federal health insurance program for low-income people, is covering about 79 million people, a record partly due to the pandemic.

But the nonpartisan Urban Institute think tank estimates that about 15 million people could lose Medicaid when the public health emergency ends, at a rate of at least 1 million per month.

Congress increased federal Medicaid payments to states because of COVID-19, but it also required states to keep people on the rolls during the health emergency. In normal times states routinely disenroll Medicaid recipients whose incomes rise beyond certain levels, or for other life changes affecting eligibility. That process will switch on again when the emergency ends, and some states are eager to move forward.

Virtually all of those losing Medicaid are expected to be eligible for some other source of coverage, either through employers, the Affordable Care Act or — for kids — the Children’s Health Insurance Program.

But that’s not going to happen automatically, said Matthew Buettgens, lead researcher on the Urban Institute study. Cost and lack of awareness about options could get in the way.

People dropped from Medicaid may not realize they can pick up taxpayer-subsidized ACA coverage. Medicaid is usually free, so people offered workplace insurance could find the premiums too high.

“This is an unprecedented situation,” said Buettgens. “The uncertainty is real.”

The federal Centers for Medicare and Medicaid Services, or CMS, is advising states to take it slow and connect Medicaid recipients who are disenrolled with other potential coverage. The agency will keep an eye on states’ accuracy in making eligibility decisions. Biden officials want coverage shifts, not losses.

“We are focused on making sure we hold on to the gains in coverage we have made under the Biden-Harris administration,” said CMS Administrator Chiquita Brooks-LaSure. “We are at the strongest point in our history and we are going make sure that we hold on to the coverage gains.”

ACA coverage — or “Obamacare” — is an option for many who would lose Medicaid. But it will be less affordable if congressional Democrats fail to extend generous financial assistance called for in President Joe Biden’s social legislation. Democrats stalling the bill would face blame.

Republicans in mostly Southern states that have refused to expand Medicaid are also vulnerable. In those states, it can be very difficult for low-income adults to get coverage and more people could wind up uninsured.

State Medicaid officials don’t want to be the scapegoats. “Medicaid has done its job,” said Matt Salo, head of the National Association of Medicaid Directors. “We have looked out for physical, mental and behavioral health needs. As we come out of this emergency, we are supposed to right-size the program.”

Millions of Americans discovered telehealth in 2020 when coronavirus shutdowns led to the suspension of routine medical consultations. In-person visits are again the norm, but telehealth has shown its usefulness and gained broader acceptance.

“If there are no changes to the law after that, most Medicare beneficiaries will lose access to coverage for telehealth,” the Kaiser Foundation’s Cubanski said.

A major exception applies to enrollees in private Medicare Advantage plans, which generally do cover telehealth. However, nearly 6 in 10 Medicare enrollees are in the traditional fee-for-service program.

One example is the Biden administration’s requirement for insurers to cover up to eight free at-home COVID-19 tests per month.

An area that’s particularly murky is what happens to tests, treatments and vaccines covered under emergency use authorization from the Food and Drug Administration.

Some experts say emergency use approvals last only through the duration of the public health emergency. Others say it’s not as simple as that, because a different federal emergency statute also applies to vaccines, tests and treatments. There’s no clear direction yet from health officials.

The FDA has granted full approval to Pfizer-BioNTech’s COVID-19 vaccine for those 16 and older and Moderna’s for those 18 and older, so their continued use would not be affected.

But hospitals could take a financial hit. Currently Medicare pays them 20% more for the care of COVID-19 patients. That’s only for the duration of the emergency.

And Medicare enrollees would have more hoops to jump through to be approved for rehab in a nursing home. A suspended Medicare rule requiring a prior three-day hospital stay would come back into effect.

Health and Human Services Secretary Xavier Becerra recently told The Associated Press that his department is committed to giving “ample notice” when it ends the public health emergency.

“We want to make sure we’re not putting in a detrimental position Americans who still need our help,” Becerra said. “The one that people are really worried about is Medicaid.”