First, They Saved Lives. Now, Nurses Want To Save America. 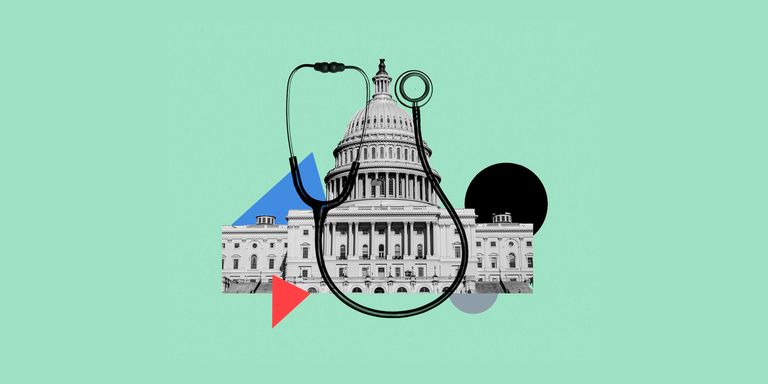 In late March, as the coronavirus silently spread across New York City, Phara Souffrant Forrest, a maternal child health nurse running for state assembly in Brooklyn, called up a prospective voter. As soon as she introduced herself, the woman on the other end of the line interrupted.

“‘Oh, you’re a nurse?’” Forrest, 31, a democratic socialist, recalls her saying. The woman explained that her daughter was about to have a baby, and she worried she wouldn’t be allowed in the hospital with her daughter while she was in labor. Her alarm was caused by two major hospital systems in the city that briefly banned visitors from the delivery room and postpartum recovery areas in an attempt to quell the spread of the virus; Gov. Andrew Cuomo had overruled the policies, but the woman was unaware of that. Forrest informed the woman that her daughter was entitled to one support person, telling her it was her right: “Make sure that person goes in with her.”

Amid a global pandemic that has sown chaos and misinformation in health care and claimed more than 100,000 American lives, nurses’ expertise is more relevant than ever. They’ve seen the failures of healthcare policy and delayed action on the ground. They are on the frontlines of the crisis, clamoring for adequate PPE, deciding who gets put on a ventilator, FaceTiming dying patients’ family members when visitors aren’t allowed. And across the country, nurses are hoping to bring those unique experiences to elected office. “Our leadership has to extend beyond traditional clinical roles,” says Rep. Lauren Underwood, D-IL, a registered nurse who was elected to Congress in 2018. “Even nurses who would never consider themselves political are now understanding really directly how policy decisions impact their practice and their patients' experience.” 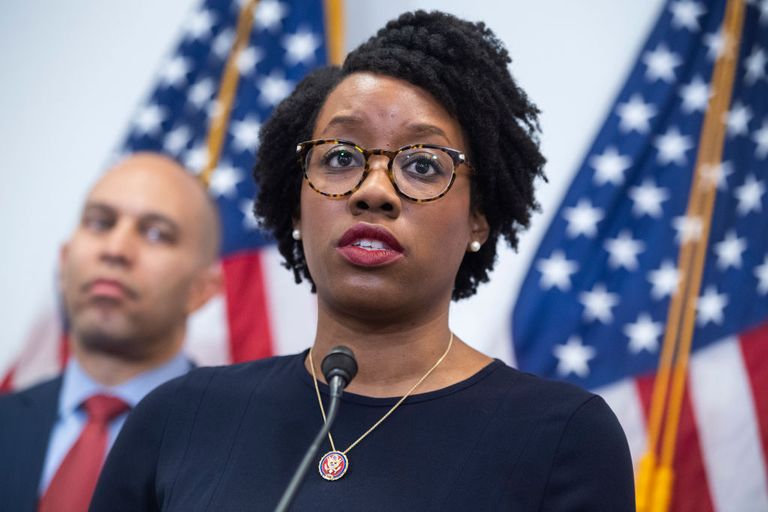 Rep. Lauren Underwood, D-Ill., a nurse, speaking about the effects of the novel coronavirus at a news conference in March.

Nurses are uniquely suited to tackle healthcare policy—something voters say is their top concern in poll after poll. “There’s a difference between knowing that healthcare coverage can be challenging, and knowing that even when people do have health insurance, they may not have access to healthcare,” says Jennifer Holm, a neonatal ICU nurse and board member of the California Nurses Association who also sits on her local school board. “When you’ve actually talked to a patient who’s said, ‘The co-pays for the doctors visits were really high, so I didn’t have that vague symptom checked out.’ And it turns out that if they had gone when they first had symptoms, they could have gotten that cancer diagnosis when it would have made a difference for their life. Seeing somebody break down in tears about that—it’s a visceral experience.”

In an October study, a majority of Americans said they trusted nurses more than any other group to improve the healthcare system. Faith in Congress and the federal government, meanwhile, rated in the single digits. For 18 years in a row, Americans have named nurses as the profession with the most honesty and ethics, according to Gallup, with 85 percent rating them highly last year. (Members of Congress came in second-to-last, only beating out car salespeople.)

Lori Feagan, a nurse practitioner running for state legislature in eastern Washington State, has seen the value of being a nurse on the campaign trail. “I’ve had people say, ‘Oh my gosh, you took care of me when I went to the clinic you worked at,’” says the 61-year-old Democrat, who also worked as an ICU nurse for 20 years. Her experience has swung unlikely voters. She says conservatives have told her, “I’m a Republican, but I’m voting for you because you took care of me.”

“Even nurses who would never consider themselves political are now understanding really directly how policy decisions impact their practice and their patients' experience.”

Since the coronavirus crisis began, nurses have been celebrated as heroes, with nightly rounds of applause in New York City and other cities around the world. The World Health Organization has designated 2020 as the Year of the Nurse and the Midwife. They bring a host of valuable skills to elected office: Critical thinking, problem solving, strong analytical skills, composure under pressure, excellent listening, and a focus on evidence and data. “Let’s say you’ve got five patients and they’ve all got competing needs,” says Holm. “If you can critically evaluate which needs to take priority in the moment, then you can apply those skills to say, budgeting.”

In treating patients of all walks of life, nurses deal with every aspect of the communities in which they live. “A nurse is a trained public advocate,” says Forrest. “If I see something wrong with the patient, or the house that the patient lives in, or the school, or the community, or the state that the patient lives in, that’s all in the scope of my practice.” That kind of holistic experience, she says, prepares her well for public office.

“A nurse is a trained public advocate.”

Underwood says she uses her nursing background in all aspects of her job in Congress, especially now. In May, she introduced a bill that would train thousands of unemployed Americans to be frontline health workers to support nurses and doctors in the fight against Covid-19. Another aims to provide access to mental health resources for those whose conditions have worsened because of the pandemic. She’s made combatting disinformation around the crisis a priority, holding virtual info sessions with experts. And she has worked to get more access to PPE, calling on President Trump to coordinate a federal response to the shortage, and introducing a bill to review the U.S.’s foreign medical supply chain to help ensure we never face another deficiency in crucial equipment or medicine from overseas.

Only two nurses currently serve in the U.S. Congress: Underwood and Eddie Bernice Johnson, a Democrat from Texas who in 1992 became the first registered nurse elected to the body. While the nurses currently running for state and local offices started their campaigns long before “Covid” became a household term, experts say that the nightmarish experience many have weathered in the last three months—not enough PPE, overrun hospitals, preventable deaths, unimaginable trauma—could inspire them to run in the future. “I think our gut tells us that nurses are looking around saying, ‘You know, some different policies, some different decisions, some different leaders with a different voice could have saved us some heartache here,’” says Lisa Summers, who teaches health policy at the Yale University School of Nursing.

While this once-in-a-generation healthcare crisis may convince nurses they can effect change in elected office, for many, launching a campaign can feel insurmountable. In 2015, Sharon Pearce, a nurse anesthetist, ran for the state legislature in North Carolina. Another nurse anesthetist, Kimberly Gordon, served as her campaign manager. Pearce lost her race, but in 2018, both women were accepted to Yale’s Doctor of Nursing Practice program. Summers, their adviser, suggested they make their doctoral project a campaign school aimed at training nurses to run for office.

The resulting nonpartisan Yale School of Nursing Candidate School for Nurses & Midwives was slated to hold its inaugural session last month, but it was postponed due to coronavirus. In future conferences, which they hope to hold as soon as it’s safe to travel and gather, they plan to bring in nurse legislators from around the country, like Delaware Lt. Gov. Bethany Hall-Long, North Carolina State Rep. Gale Adock, and Minnesota’s Erin Murphy, who is running for the state’s Senate.

In addition to basic campaign practices, like how to leverage social media and learning how to canvass, they’ll also address specific obstacles nurses face in getting campaigns off the ground. “Because we are always advocating for patients,” says Gordon, “we are rarely advocating for ourselves,” which can make recruiting volunteers and asking for money a challenge.

That might deter them from running at all. Or, says Pearce, they may not want to leave the ICUs, operating rooms, or clinics where they treat people every day. She says that’s a mistake. “We want to get across to them: As a nurse, you’re taking care of one patient at a time. As an elected official, you can take care of a quarter of a million patients at a time—your constituency.”