High risk of death or readmission after COVID-19 hospitalization 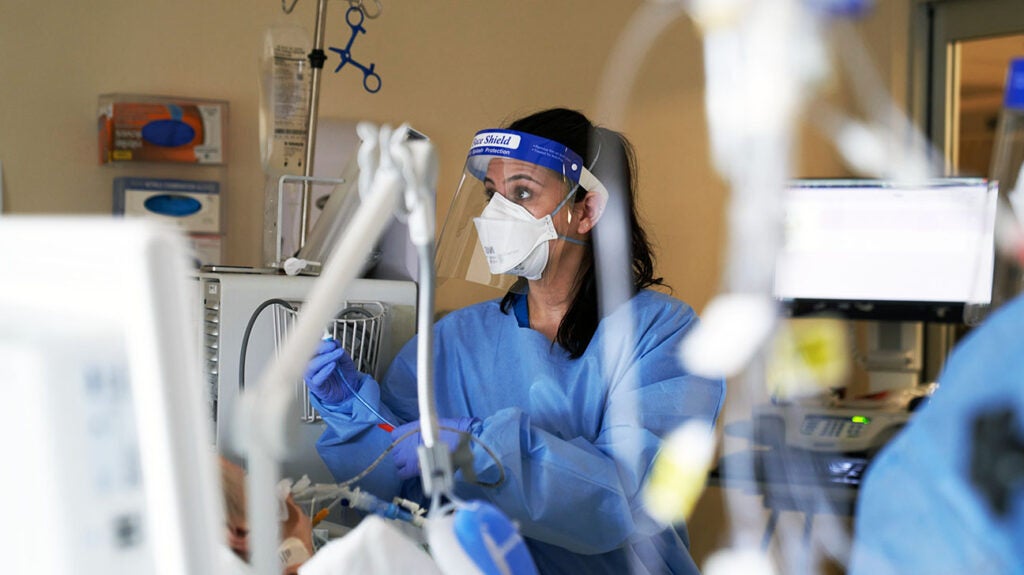 A new study finds that being released from the hospital after receiving treatment for COVID-19 does not guarantee survival.

People who have survived at least 1 week after release from the hospital for treatment of COVID-19 are more than twice as likely to die or return to the hospital over the following several months than the general population.

Dr. Krishnan Bhaskaran, lead author of the present study and professor of statistical epidemiology at the London School of Hygiene & Tropical Medicine in the United Kingdom, told Medical News Today:

“This won’t be entirely due to lasting effects of the virus — we know that COVID-19 picks on more vulnerable people in the first place, plus there are generic adverse consequences of being seriously ill and hospitalized. Hence, the risks were more similar when we compared [them with those for] hospitalized flu patients.”

The study appears in PLOS Medicine.

The researchers tracked the individuals’ health for up to 315 days after hospitalization. During this period, the study authors write,

“COVID-19 patients had higher risks of all-cause mortality, readmission or death due to the initial infection, and dementia death, highlighting the importance of post-discharge monitoring.”

Post-discharge patients who had COVID-19 were 4–5 times more likely to die from any cause than the members of the control group. Their risk was almost double that of people previously hospitalized for influenza.

People with dementia at greatest risk

“It was concerning,” said Dr. Bhaskaran, “to find that patients with dementia had a high risk of dying from their dementia following a COVID-19 hospitalization.”

Dr. Bhaskaran speculated that part of the reason for the particular vulnerability of people with dementia simply had to do with hospitalization itself.

He said: “We know that experiencing critical illness and hospitalization, in general, can accelerate cognitive decline: people are put under stress, perhaps given new medications, and taken out of their routines. Infections can also cause short-term delirium in some cases, which might then accelerate dementia.”

Even so, he added:

“Something more specific to COVID-19 that might have caused particular problems is the degree of social isolation that patients faced during their illness. Visiting was prohibited or very limited, and any human contacts that were permitted required face coverings and protective equipment. Although this was all important for infection control, one can imagine the added confusion and alienation to patients already struggling with dementia disease.”

“Risks might be minimized or mitigated by increasing monitoring of patients in the months following hospital discharge, and greater awareness among patients and clinicians of potential problems.”

“Measures like pre-discharge risk assessment and more proactive post-discharge monitoring seem likely to reduce the risks to people experiencing further serious problems after their initial hospital stay, so we would like to see such measures explored further. It will be important to collect data as different risk minimization strategies are trialled, so we can learn what works.”