MS: How can we diagnose it earlier? 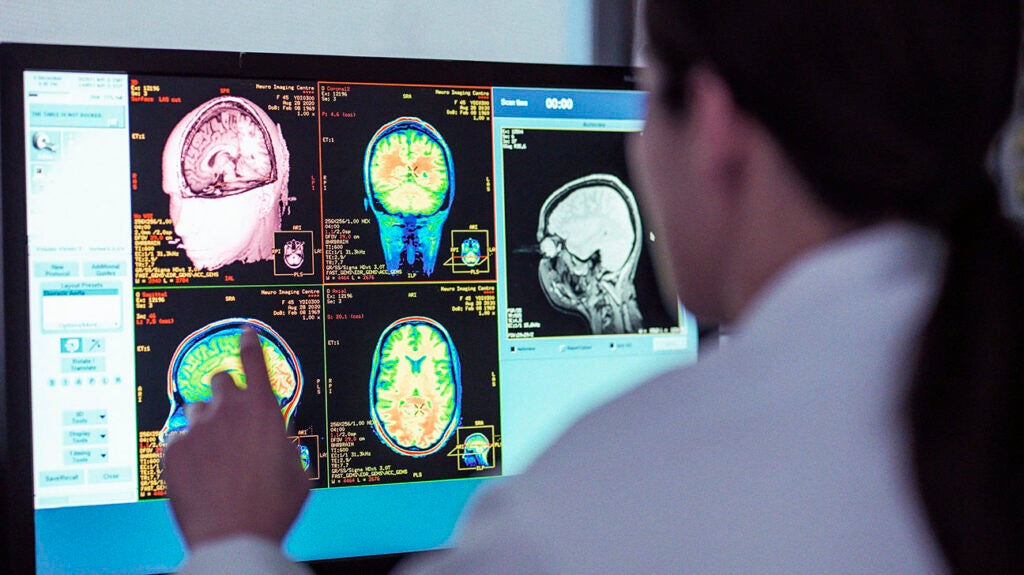 For decades, MRI has played a central role in the diagnosis and tracking of MS.

It has been invaluable for revealing the macroscopic, telltale lesions in the brain and spinal cord that signify the presence of MS.

According to a small new study, a more advanced, powerful form of imaging reveals two metabolic indications of MS in white matter and gray matter that appears normal. The study’s results appear in the journal Radiology.

The authors hope that such advanced imaging techniques can lead to earlier detection and treatment of MS. Starting treatment with immune-modulatory drugs earlier may have significant benefits for people with the condition.

“[MS] is a chronic immune-mediated demyelinating and neuroinflammatory disease of the brain and the spinal cord that results in […] neurological dysfunction and disability. The initiation of the immune-modulatory agents early in the disease course may improve the overall prognosis, reduce the relapse rate, decrease the MRI imaging lesion findings that are markers for disease activity, and slow the process of disability progression.”

“This study,” said Dr. Yousuf, “adds on to the evidence that disease activity in [MS] can be detected in the normal-appearing white matter early by utilizing newer neuroimaging techniques, using high strength magnets, e.g., 7T, and employing the use of certain metabolic tracers.”

Metabolic tracers mimic the metabolites of interest and help track their fate during imaging.

The “7T” to which Dr. Yousuf refers describes the power of the magnets used for imaging. 7T means “seven teslas.” A tesla is a unit of magnetic field strength in the International System of Units.

Typical MRI devices use 1.5T magnets or 3.0T magnets, meaning that those used in the study are more than twice as strong. While 7T scanners have been available for about 20 years, the Food and Drug Administration (FDA) only approved their clinical use recently. About 80 of the devices are currently available worldwide.

The images produced for the study used magnetic resonance spectroscopic imaging (MRSI), a technique that can noninvasively image a variety of brain metabolites.

The researchers used MRSI to scan 65 participants with MS and 20 age- and sex-matched controls without the condition.

The study’s senior author, Dr. Wolfgang Bogner of the High Field MR Centre at the Medical University of Vienna in Austria, tells the Radiological Society of North America:

“[MRSI] of neurochemicals enables the detection of changes in the brain of [MS] patients in regions that appear inconspicuous on conventional MRI. The visualized changes in [the] neurochemistry of normal-appearing brain tissue correlated with the patients’ disabilities.”

The study found two metabolites to use as MS tracers: N-acetylaspartate, an amino acid derivative, and myo-inositol, which is involved in cell signaling.

In people with MS disabilities, the researchers found a lower ratio of N-acetylaspartate to creatinine, suggesting an impairment of neurons.

“Which may help,” said Dr. Yousuf, “in detecting early pathologic changes and correlation with disease progression associated with MS.”

In all the people with MS, with or without disabilities, the researchers found elevated levels of myo-inositol compared with creatine in normal-appearing white matter regions. This, they explain, suggests inflammatory activity.

Dr. Yousuf noted that this “may help to detect early pathologic changes related to the neuroinflammation associated with MS.”

“If confirmed in longitudinal clinical studies,” says Dr. Bogner, “this new neuroimaging technique could become a standard imaging tool for initial diagnosis, disease progression, and therapy monitoring of [MS] patients and, in concert with established MRI, might contribute to neurologists’ treatment strategies.”