Nurses: The most trusted professionals in America 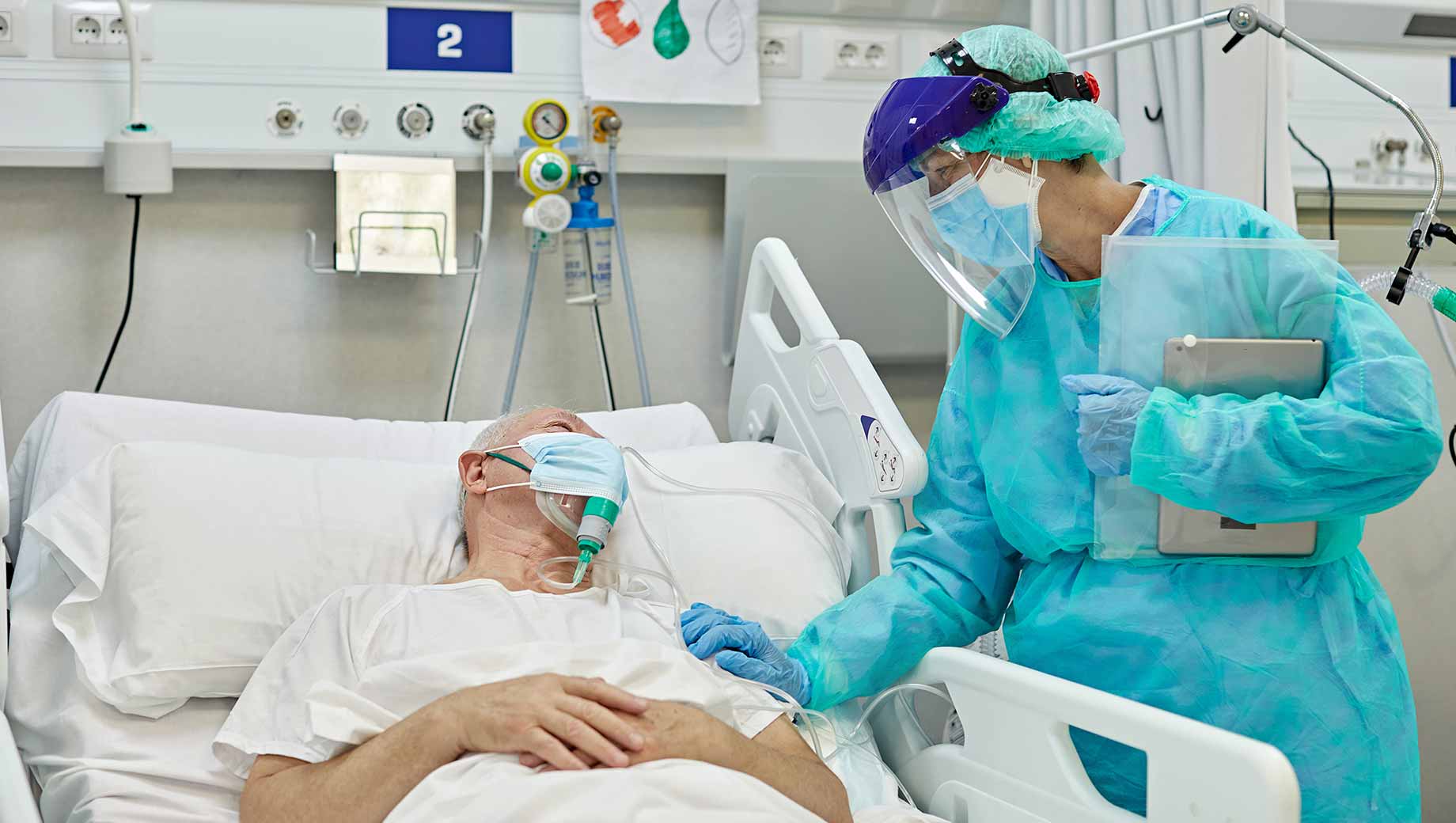 WASHINGTON, D.C. -- At the end of a year when medical workers have braved exposure to the coronavirus to provide lifesaving care, Americans have become more likely to laud the honesty and ethics of nurses, medical doctors and pharmacists. Still, nurses remain the undisputed leader, as they have been for nearly two decades. 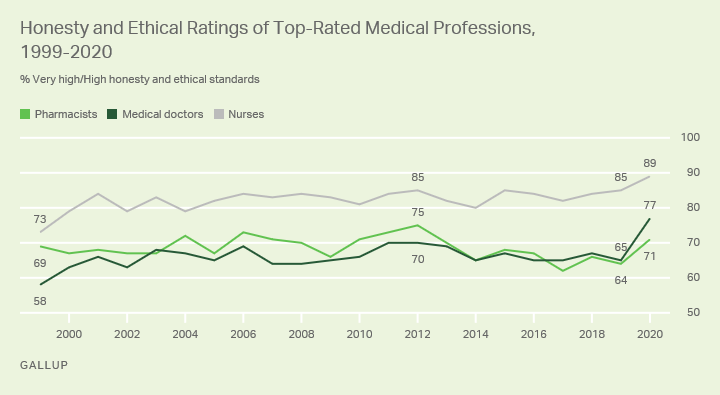 The latest results are based on a Dec. 1-17 Gallup poll in which Americans were asked to rate the honesty and ethics of 15 different occupational groups as very high, high, average, low or very low. Gallup first conducted its Honesty and Ethics poll in 1976 and has updated it annually since 1990. A handful of professions have been on the list every year, while Gallup asks about others periodically.

Nurses have topped Gallup's Honesty and Ethics list in all but one year since they were added in 1999. The exception is 2001, when firefighters were measured on a one-time basis shortly after the Sept. 11 terrorist attacks, and earned the highest score to date for any profession, 90%. Nurses fell one point shy of that mark this year.

After nurses and doctors, grade-school teachers (the only category of teachers measured) are the next-highest-rated profession, with 75% rating their ethics very high or high.

Although only one point ahead of their previous high in 2007, it is the first time since then that grade-school teachers have scored over 70% and represents a nine-point improvement from their most recent rating in 2017. This may reflect public appreciation for the risks taken by teachers in going back to school during the pandemic, as well as their commitment to teaching under unprecedented circumstances, whether in the classroom or online. 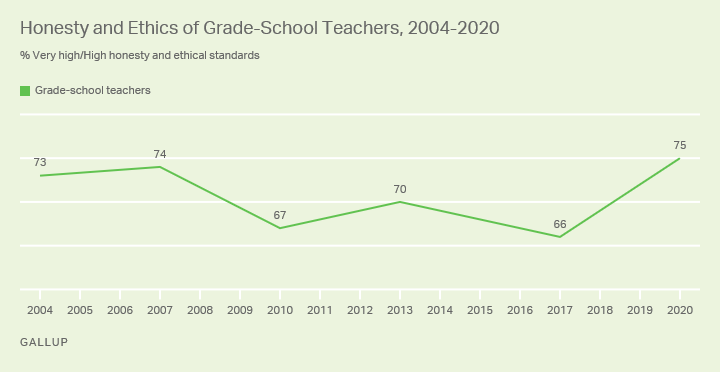 While not in the top tier, nursing home operators are another group that has faced extraordinary challenges this year during the pandemic. These workers are in eighth place, with a new high of 36% rating their ethics positively. That is 10 points above their previous rating in 2017 and four points ahead of their prior high of 32% recorded in 2013.

Police officers rank fifth this year, with 52% rating them highly, similar to their 54% score in 2019, and making them the only profession aside from the top four to have a majority of Americans rating their ethics highly.

Members of Congress and car salespeople tie for last, with just 8% rating them highly, and advertising practitioners are close at 10%. Members of Congress had received acclaim from 12% of Americans in 2019, their highest in a decade, but even that small increase was short-lived.

No other profession rated this year experienced much change in its honesty and ethics score. That includes lawyers, journalists and bankers in the bottom half of the list and members of clergy and judges in the top half. Judges' 43% score is identical to their previous rating in 2017.

Republicans and Democrats are in broad agreement that nurses, doctors, grade-school teachers and pharmacists have very high or high honesty and ethical standards, with majorities of both groups considering them such.

Partisans show notable differences on four of the 15 professions tested this year:

This year's partisan difference on judges -- with Democrats holding more favorable views than Republicans -- is a reversal from the previous measurement in 2017, when more Republicans (54%) than Democrats (42%) rated them highly. While the three-year gap makes it difficult to pinpoint a reason for the change, it may reflect the impact of recent rulings against Donald Trump's presidential campaign in its attempts to overturn the results in the states that decided the election.

Other notable differences are seen by gender, race and age:

With the healthcare industry at the forefront of the global war on the coronavirus, nurses, medical doctors and nursing home operators all have received their highest ratings in Gallup records for their honesty and ethics, while pharmacists' already-high rating is the best in nearly a decade. Teachers, who -- in many cases -- are interacting in person with large numbers of students, appear to be enjoying the same surge of respect.

These findings mirror Gallup's annual Confidence in Institutions poll conducted in June and July, which found sharp increases in the percentage of Americans expressing high confidence in the medical system and public schools. At that time, less than two months after controversy erupted over the death of George Floyd in police custody in May, confidence in the police was at an all-time low of 48%. By contrast, today, the honesty and ethical rating of police officers is about the same as a year ago. Whether this means the public opinion effects of the Floyd event have faded, or that police officers as individuals are held less responsible for police violence than the police as an institution, is not clear.

While partisan conflict has been in high relief this year over the presidential election, the Honesty and Ethics poll reveals several areas where Republicans and Democrats agree, most notably in their high regard for medical professionals and teachers.