When Shannon Rosen found out she was going to be a licensed nurse last month, her father was right behind her, literally. The video of Mark Rosen cheering her on and their shared tears and joy have earned the internet's admiration.

The 26-year-old from Estero, Florida, posted an emotional TikTok video last month showing her and her dad hugging and crying after she learned she had passed her nurse licensing exam. Her post has already racked up over 620,000 views since March 10, with commenters replying with messages like, “I’m crying right there with you! Oh my goodness so sweet!!!” and “Every girl should have a Dad like this!”

It was Mark who had the idea to capture the moment for posterity.

“I said to Shannon, ‘Shannon, let's make a video of this, pass or fail. Because this will be something that you can look back on the rest of your life because this is going to be your life's career,” the 65-year-old recalled to “Good Morning America.” “Your kids and maybe your grandkids can look back at this video and they can cherish it.’”

At the time, Shannon said she was “truly convinced” that she had failed her NCLEX nursing board exam, a licensing exam that nurses need to pass in order to practice as registered nurses.

“I was so scared, nervous, already crying before viewing the result, thinking that I failed,” she recalled to “GMA.”

Mark said he had heard it wasn’t uncommon for test-takers to sit for the exam more than once and tried to reassure his daughter beforehand. “I told her prior to that, regardless of the outcome, what you're going to find out, ‘I'm still going to love you just as I do from the minute you were born,’” he said.

“I was kind of preparing her for if she didn't pass, but in my heart. I really knew she did it," he said. 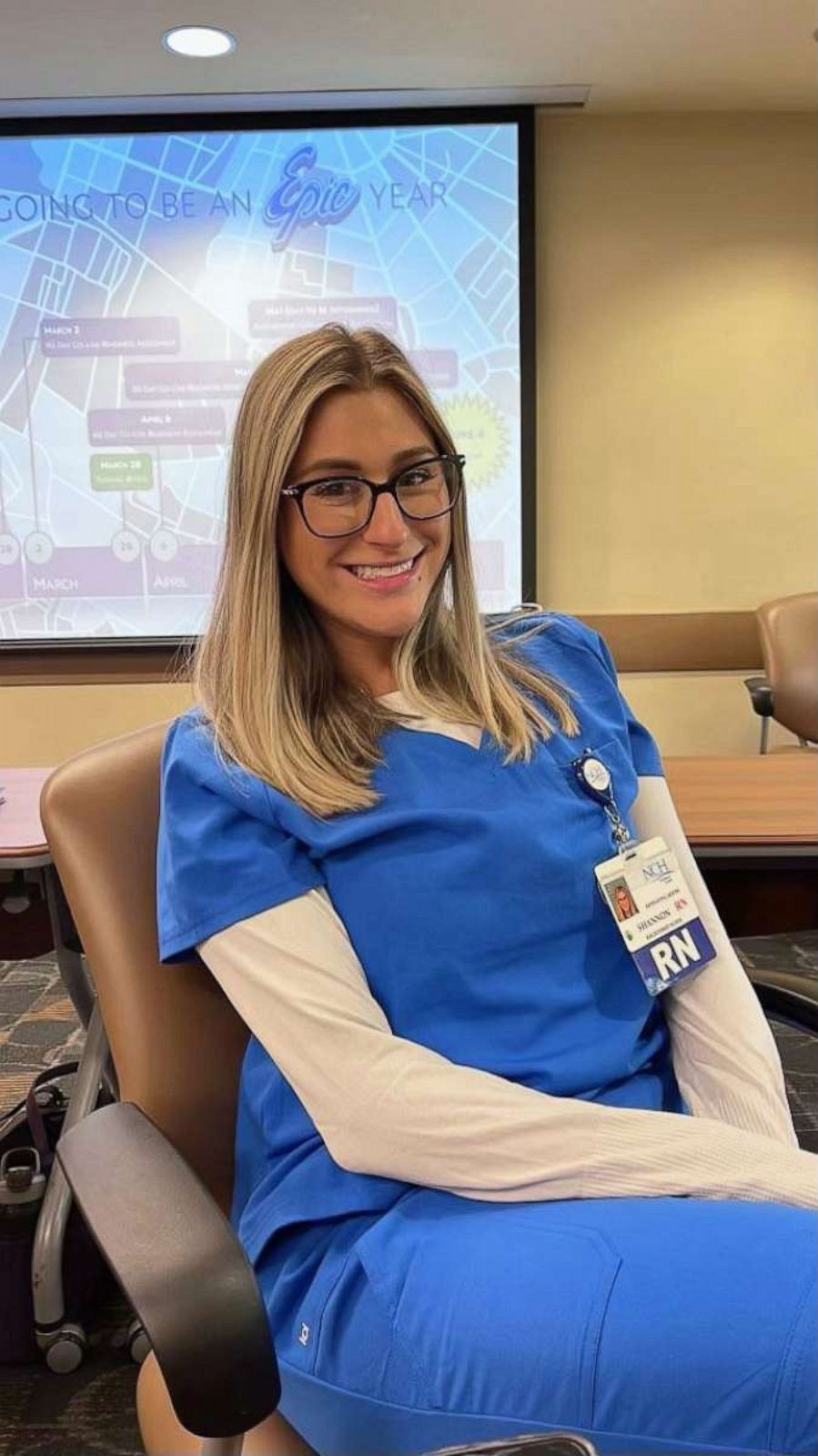 The viral video captures just a snippet of all the hard work and dedication Shannon, and her family, put in to pursue her career in nursing.

Shannon told “GMA” she didn’t always know she wanted to be a nurse. Shannon said after she graduated with her bachelor’s degree in family and child sciences, she wasn’t sure what her future career would look like. She took a year to work, save money and think about what she was interested in doing.

“I decided to take the leap of faith and apply to nursing school,” Shannon said. “I have a little bit of impostor syndrome where I don't think I'm capable of doing things that I set my mind to, and then I always prove myself wrong.”

Shannon said her family, including her mom Heidi, older brother Zach and sister-in-law Danielle, has been right there on the journey with her, adding that she lived at home for some time to finish up nursing school. Her father told “GMA” that he decided to get a job with the Hershey Co. to help his daughter out. 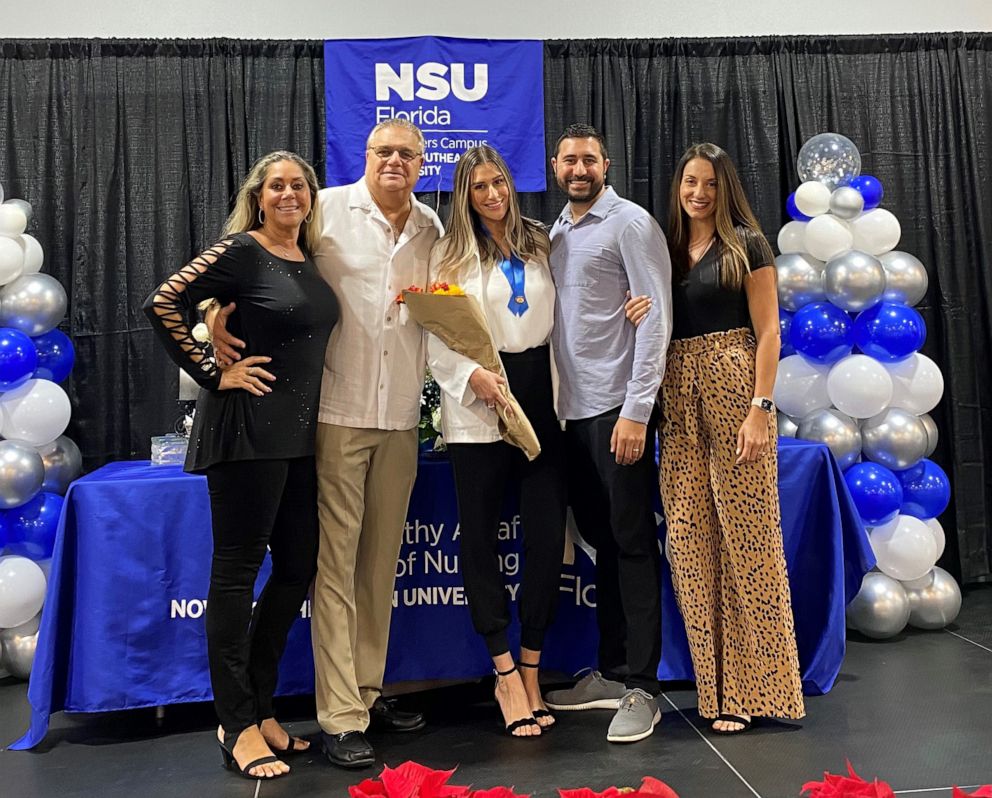 “At that time, I was pretty much retired and I said, ‘I'm gonna go out and get a part-time job and I'm gonna help you. I don't want you to stress so much on anything else but studying and achieving your goal.’ So that's what I did,” he recalled. 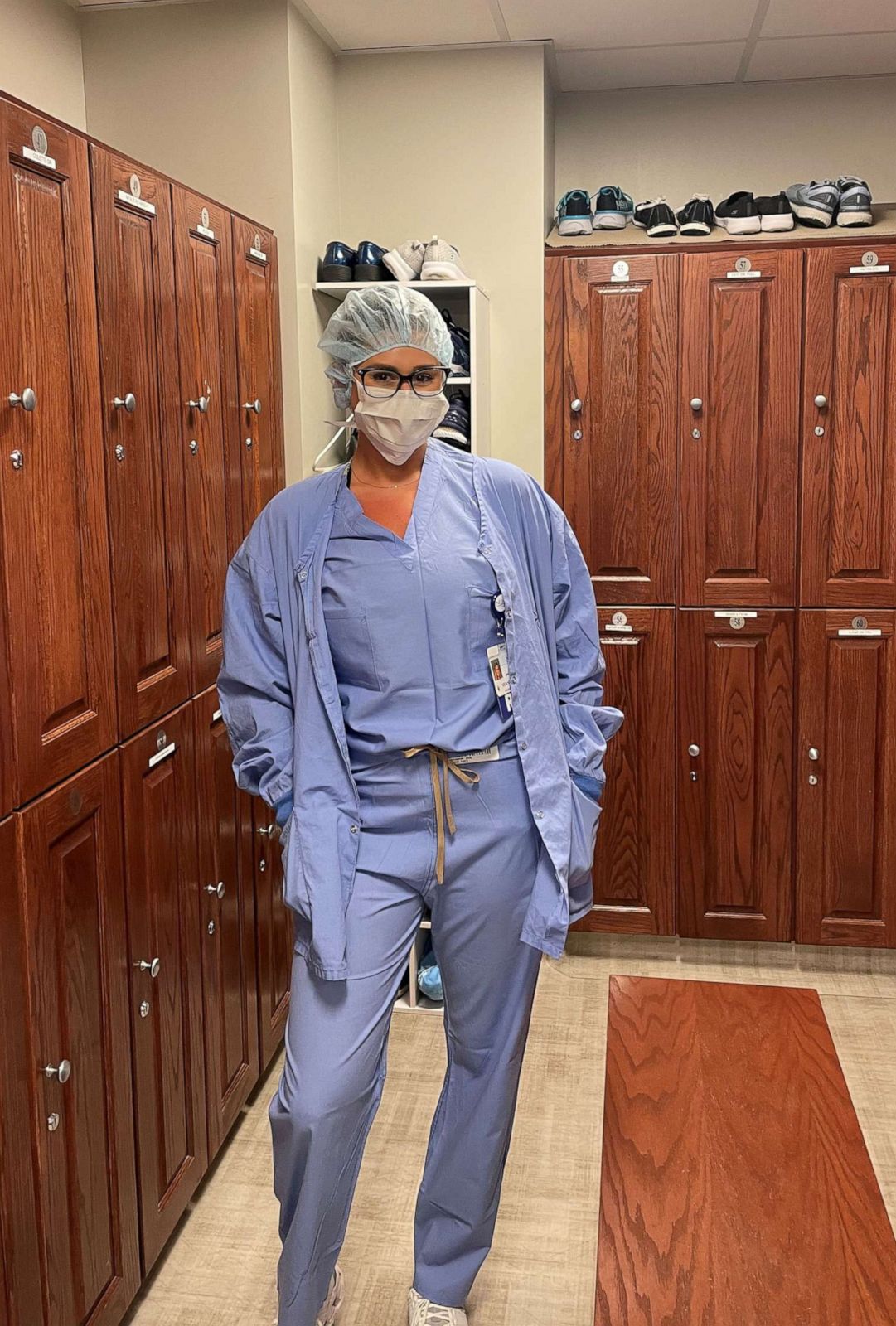 “This was just a perfect opportunity for me as a new graduate, to come with new skills, new ideas, new excitement back into the healthcare system,” she said. “COVID caused a lot of burnout and negative energy in the healthcare system. So I'm hoping that me and my fellow colleagues can kind of bring that back.”

Mark said it has been “truly amazing” to watch his daughter, who he describes as “smart” and a “hard worker,” achieve each goal she set for herself.

“She has a heart of gold. She always helped people and I knew this was her passion," he said.